Cadbury is the home of our patisserie which features an open kitchen influenced by Rudyard Kipling and his love for cakes.

“One day he took flour and water and currants and plums and sugar and things, and made himself one cake which was two feet across and three feet thick. It was indeed a Superior Comestible (that’s magic), and he put it on stove because he was allowed to cook on the stove, and he baked it and he baked it till it was all done brown and smelt most sentimental. “

Our in-house Chef de patisseries believe that pastry is different from cooking because you have to consider the chemistry, beauty and flavour and be in tune with its all sourcing secret and unusual ingredients.

The love of elegant patisserie dates back to the time of Napoleon when elaborate confections were popularised by great chefs such as Escoffier.

As a tribute to our namesake, Kipling, our pastry chefs have created a signature superior comestible Bundt-style cake utilising the same fine ingredients as described by Rudyard in his quote.

Our patisserie range is indeed a little celebration in itself intended to delight and tantalise your palette.

Send us an enquiry 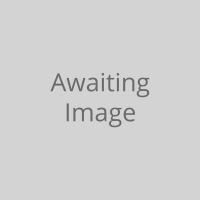 £19.95 per person
(Please allow 15 minutes + for the chefs to prepare your afternoon tea)

Make it special and add some sparkle to your celebration

Cadbury Garden Centre started life as a privately owned local centre belonging to the Lloyd family. The Lloyd family developed it over the 1980's and 1990's, until a greater expansion in the late 1990's, which saw the garden centre join Garden & Leisure, who owned 6 other centres across the country. Cadbury Garden Centre is a great day out for the whole family. Visitors can enjoy the shopping village or alternatively relax and unwind at our restaurant or coffee shop.
Find Out More