In November 2022, Blue Diamond acquired a group of 3 garden centres known as Van Hage, in what has been classed as 'a landmark acquisition'.

The three sites are the flagship store at Great Amwell Ware, Chenies between Amersham and Rickmansworth and the Van Hage centre on the PE1 retail park at Peterborough.

Our Managing Director, Alan Roper said “For me personally, this is a landmark acquisition.  Van Hage’s was one of 3 garden centres in the early nineties I would visit as a younger man for inspiration and would feel in awe of what they had achieved and never imagined that one day, we would be the proud owner of such a business." 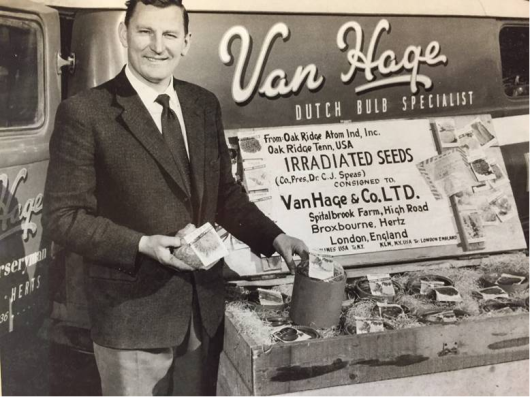 The history of Van Hage

Theadora Warmerdam, one of the founders of Van Hage, was evacuated from the Netherlands to England in 1940, the eldest of six children. When her father died in 1948, Theadora took over the running of the business, aged just 20. Cornelius Van Hage was a young entrepreneur exporting bulbs from Holland to the UK - they met and married in 1953, and in the same year opened a nursery on a run down pig farm at Spitalbrook in Broxbourne, a mile and a half away from the present site at Gt. Amwell.

By 1968, Mr and Mrs Van Hage saw the opportunity to create a garden centre with a difference, and they bought the famous rose nursery of Chaplin Brothers at Gt. Amwell.

This was formally opened by Percy Thrower, the top national gardening celebrity of the 1970’s, and one of the many celebrities who frequented the site over the coming years. 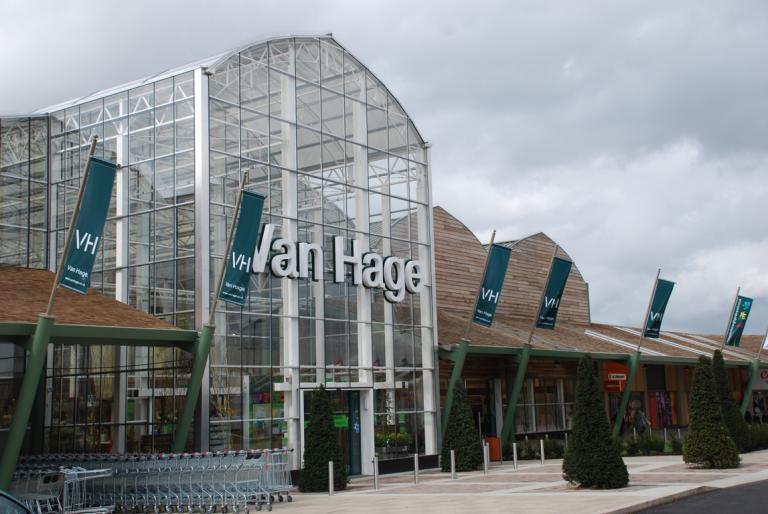 A future with Blue Diamond

Van Hage also has a very strong presence in the garden centre industry in the UK, with many years’ experience and a deep heritage surrounding it.

Together, there is a real opportunity for the customers of Van Hage to experience the inspirational and aspirational appeal of Blue Diamond and what makes it stand out from its competitors.

We look forward to introducing the Blue Diamond experience across the Van Hage garden centres.