Roses inspired by the National Trust 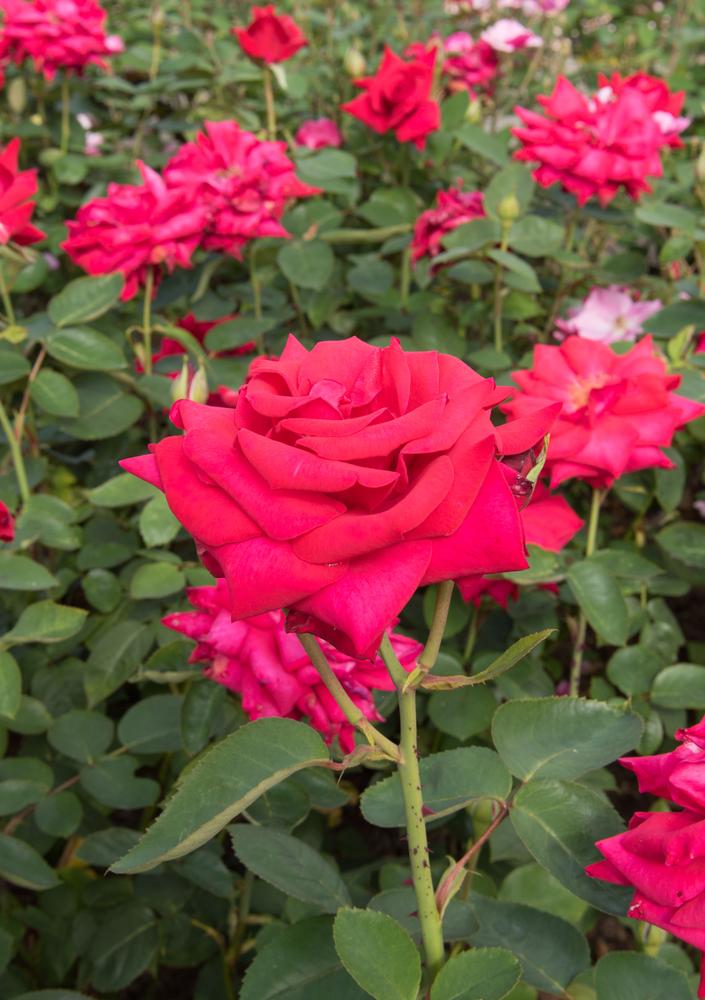 A medium sized flowering Hybrid Tea rose. Outstanding red blooms are produced in abundance throughout the summer and autumn. Coppery red foliage when young maturing to dark green and glossy. Good disease resistance. Its compact bushy habit makes this rose the perfect choice for the front of a border. Grows to a height of approximately 90cm when fully grown.

Bred by Samuel Darragh McGredy IV (1932- 2019) from a cross between Evelyn Fison × King of Hearts in 1964 and introduced by Samuel MrGredy and Son, Nurserymen (Ireland) as rosa ‘National Trust’.

The firm of Samuel McGredy & Son, Nurserymen, opened in Portadown in 1880, and specialized in fruit trees, bushes and show pansies. Sam McGredy III made a modest start at breeding roses about 1895, regarding it as more of a hobby than serious business; he raised two or three hundred seedlings a year. In 1905, after about ten years' work, he decided to exhibit a few of his best roses in London. Sam McGredy on his first venture won a Gold Medal for his salmon pink rose 'Countess of Gosford'. From that day, rose breeding was the main purpose of his life.

Named after one of the founding members of the National Trust, this fragrant Floribunda rose produces clusters of mid-pink blooms with long lasting petals and repeat flowering. Contrasting green foliage and to a height of approx. 100cm when fully grown this rose is perfect for planting in beds or borders.

One of the three founders of the National Trust, Octavia Hill was a pioneering thinker and social reformer. She worked tirelessly to improve urban housing and to protect green spaces and the impact of her life and work is still being felt. Her belief in the importance of access to nature for human wellbeing and the need to stop the destruction of the natural landscape are all the more relevant today. 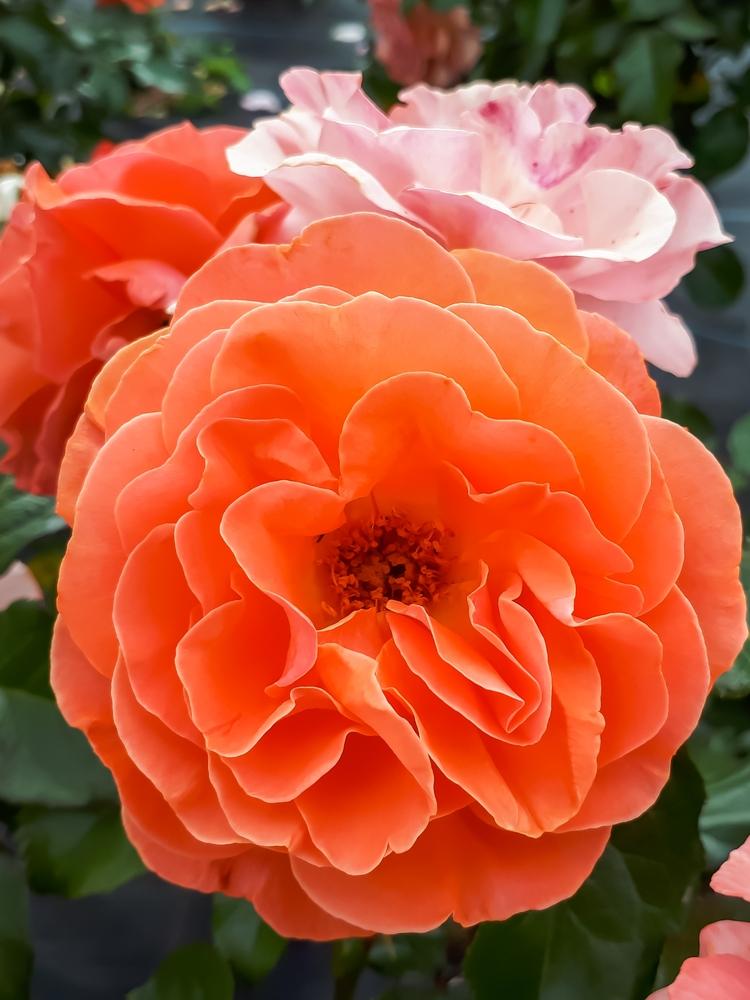 Bred by Gareth Fryer in 1993, this is a medium growing floribunda in an unusual and appealing shade of burnt orange. The flowers are large, heavily petalled with a fruity fragrance. They are carried in clusters with reliable continuity on growth which is strong and vigorous with large attractive leaves that are plentiful and luxuriant with a high resistance to disease. Named to celebrate the first RHS show at Tatton Park, Knutsford, Cheshire in 1999.

Tatton Park is now part owned by the National Trust is one of the UKs most complete historic estates. It is home to a Tudor Old Hall, Neo-Classical Mansion, 50 acres of landscaped gardens and 1000 acres of deer park, a rare breed farm and a medieval Old Hall.

During the later part of the 19th century Wilbraham Egerton, 1st Earl Egerton, hosted large house parties in the hall. Eminent guests included the Prince and Princess of Wales in 1887, and at later dates the Shah of Persia and the Crown Prince of Siam. 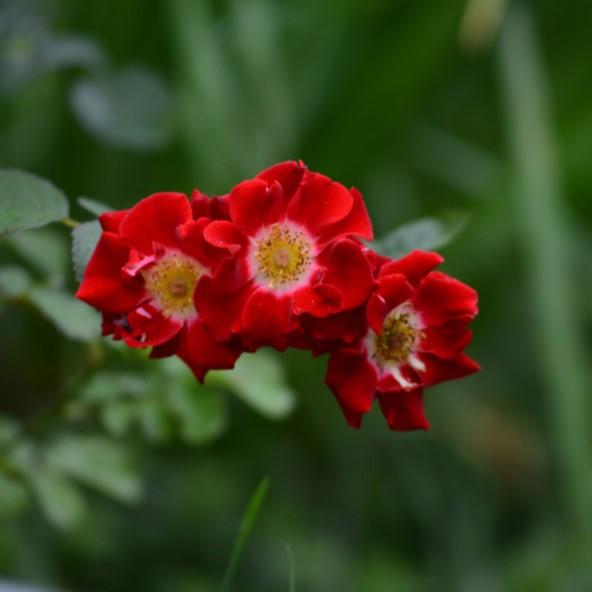 A delicate Shrub rose that produces large trusses in abundance of velvety, bright red blooms with a distinctive silver eye. With open stamens this rose is attractive to bees and other pollinators. Contrasting glossy, dark green foliage and to height of approx. 1.25m when fully grown.

Rosa Biddulph Grange is a story of conservation and propagation.

Named to celebrate the opening of National Trust owned Biddulph Grange, more than 30 years ago, this Shrub rose slipped out of fashion and was very nearly lost as no commercial nurseries were growing or selling it. By chance the Rose Expert, Kate Brophy, of Fryer’s Roses and Garden Centre, part of the Blue Diamond Group, came across it in someone’s garden and was granted permission to take budwood (cuttings) from it so that the rose was able to be budded and brought back into commercial sale. 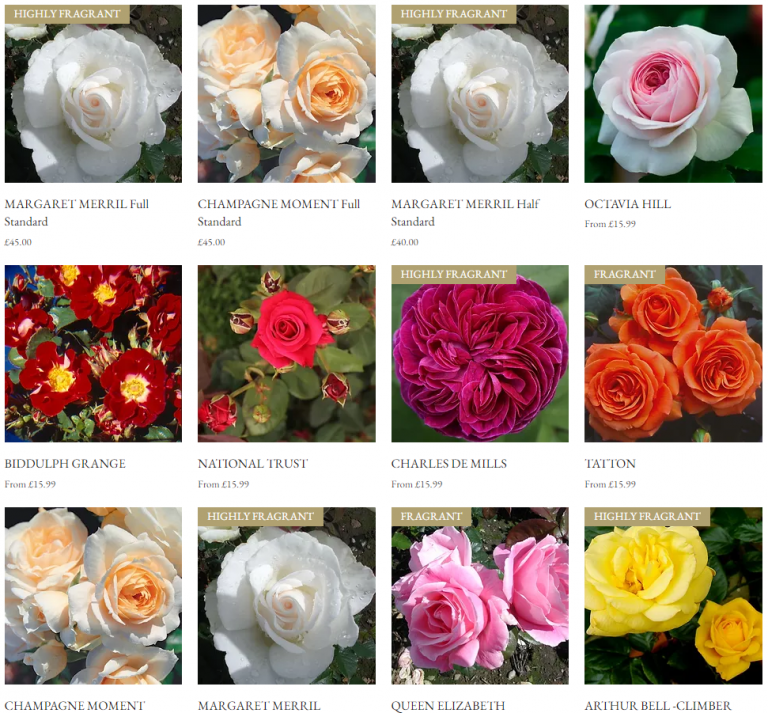 View all of the roses in the National Trust inspired collection by visiting Fryers Roses online.