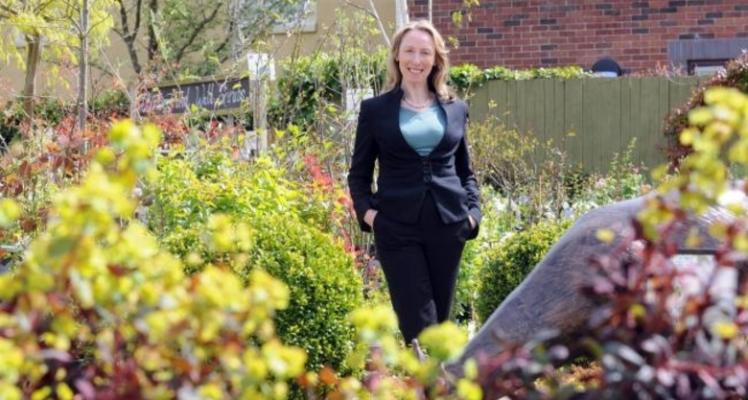 BRITAIN’S favourite flower, the rose, is celebrated this month, with The National Rose Festival.

It is an event backed by Fryer’s Roses which takes place between June 23 and July 1.

The festival is aimed at focusing the nation’s attention on the rose and to encourage the planting and growing of roses in gardens and in containers.

Throughout June, 50p from every Fryer’s rose sold through Fryer’s Roses (and other Blue Diamond garden centres) will be donated to the newly formed Rose Society UK.

This society encourages members to join to promote the rose, to share gardening tips and to support breeders in developing and breeding new roses – the illusive true-blue rose is still be to bred!

In addition to this donation, Fryer’s is also holding ‘The Prettiest Rose Competition’ which will take place on Saturday, June 23.

Simply bring a stem of your prettiest rose in a bottle or jar where the roses will then be judged.

Gift vouchers to the value of £100 will be given to the winner, £50 for second prize and £20 to the third placed rose across each of Blue Diamond’s 21 garden centres.

A photograph will then be taken of the winning rose from each centre which will then be sent to a central competition to be posted on sungardening.co.uk.

With so many fantastic roses out there, this is a competition worth entering.

Roses bring pleasure to so many people, the age-old proverb ‘take time to smell the roses’ being so true.

But roses can work to assist worthy causes and charities too.

Over the years Fryer’s have launched a number of roses on behalf of charities, which not only serves to raise awareness of the charity but also provides the charity with much needed funds (£1 from each charity rose sold through Fryer’s Roses and Blue Diamond is donated to the respective charities).

‘Roses bring pleasure to so many people, the age-old proverb ‘take time to smell the roses’ being so true’

This year is no exception – at RHS Hampton Court (stand FR 568), Fryer’s is launching the rose ‘Eirene’, named after the Goddess of Peace, to commemorate the centenary of the end of the First World War.

A pound from the sale of each rose will be donated to the charity Action for Peace and Reconciliation.

The rose, Sarah Elizabeth, named in memory of a young woman who tragically lost her life in Kashmir in 2013 will be launched there too.

Again, £1 from proceeds of the sale of this rose will be donated to The Sarah Groves Foundation, set up by Sarah’s parents, which aims to enhance the lives of young people by organising and supporting fundraising initiatives.

Then at RHS Tatton the rose, Elizabeth Ashbrook, will be launched, named after the late Viscountess Ashbrook, mother of the current Lord Ashbrook of Arley Hall.

The Royal National Institute for the Blind (RNIB) is the recipient of charitable donations from sales of this rose.

Viscountess Ashbrook spent the last 10 years of her life nearly blind and getting tremendous support from the Talking Book service run by the RNIB.

Roses are the perfect flower for any occasion, whether to celebrate an event such as a wedding with roses, ‘bride’ and ‘wedding day’, to remember the loss of a loved one with rose ‘remember me’ or to mark an anniversary or birthday.

So, take time this month to smell the roses and maybe support a charity or mark an occasion with a rose too.

(Photo courtesy of the NW Group of Guardian Newspapers)