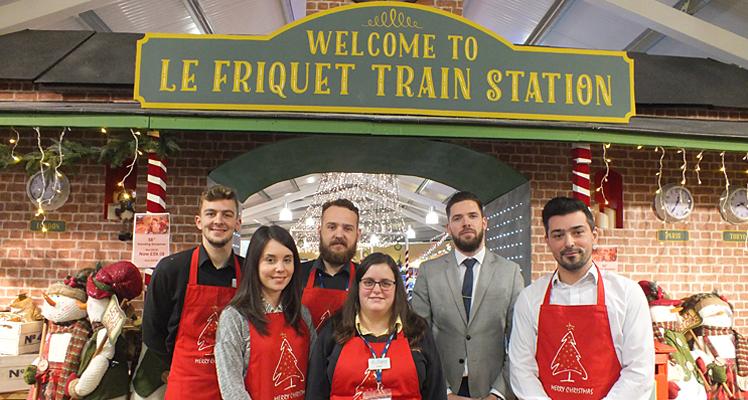 The prestigious awards event, sponsored by SnowTime and Kaemingk, was hosted and organised by Garden Trade News, who along with the judging panel, visited 120 garden centres across the UK and Channel Islands during November and December of 2015, assessing the quality of teamwork and displays.

The team at Le Friquet Home of Garden & Living impressed the judges with their traditional train station display, complete with ornately designed train, and snowy mountainside with a winter waterfall, which greeted customers in the centre’s lobby.

‘We’re thrilled to have won for the second year running’, says Garden Centre Manager, James Robin.  ‘Our team worked very hard on the display this year so to be recognised in both categories is a real privilege – it gives us that boost to aim even higher for next Christmas.’

‘Christmas is one of our favourite times of the year, yet we know shopping at this time can often be quite a stressful prospect. With this in mind, we put a lot of effort into our displays and our team spirit to bring the magic of the season to life and give our customers that festive feeling when they visit the centre.’