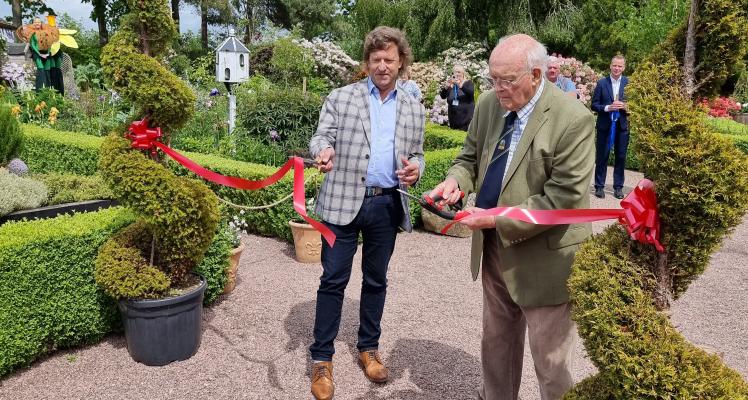 What a momentous day at Bridgemere Show Gardens, located within the grounds of Bridgemere Garden Centre.

The formal relaunch of the show gardens attracted hundreds of guests and VIPs, as well as the original founder of the gardens, John Ravenscroft.

The day was filled with live music, happy gardeners, and a real sense of excitement for the future of the gardens.

Bridgemere Show Gardens are set in 6 acres and is home to 13 stunning individual gardens, seven of which are Gold and Silver Medal award-winning gardens from the RHS Chelsea, Hampton Court and Tatton Flower Shows.

The garden has a collection of 9 nationally and county important Champion trees, including Cercidiphyllum, japonicum Pendulum, commonly known as the Candy Floss tree, because of its fragrance, as well as over 120 rhododendrons, including the stunning variety Christmas Cheer.  A significant collection of spectacular magnolias, including Iolanthe and Manchu Fan.

The Founder of the Gardens, John Ravenscroft, holds the Royal Horticultural Society Veitch Memorial Medal which is awarded to "persons of any nationality who have made an outstanding contribution to the advancement and improvement of the science and practice of horticulture"

He was awarded the RHS Victoria Medal of Honour in 2008, which is awarded to British horticulturists resident in the UK whom the RHS Council considers deserving of special honour by the Society.  He received it "for his plantsmanship, entrepreneurial talent and encyclopaedic knowledge of plants." He also won a lifetime achievement award from Garden Retail in 2007.

Find out more about the show gardens and how to visit at https://www.bridgemereshowgardens.co.uk/

A string quartet played live in the Bandstand 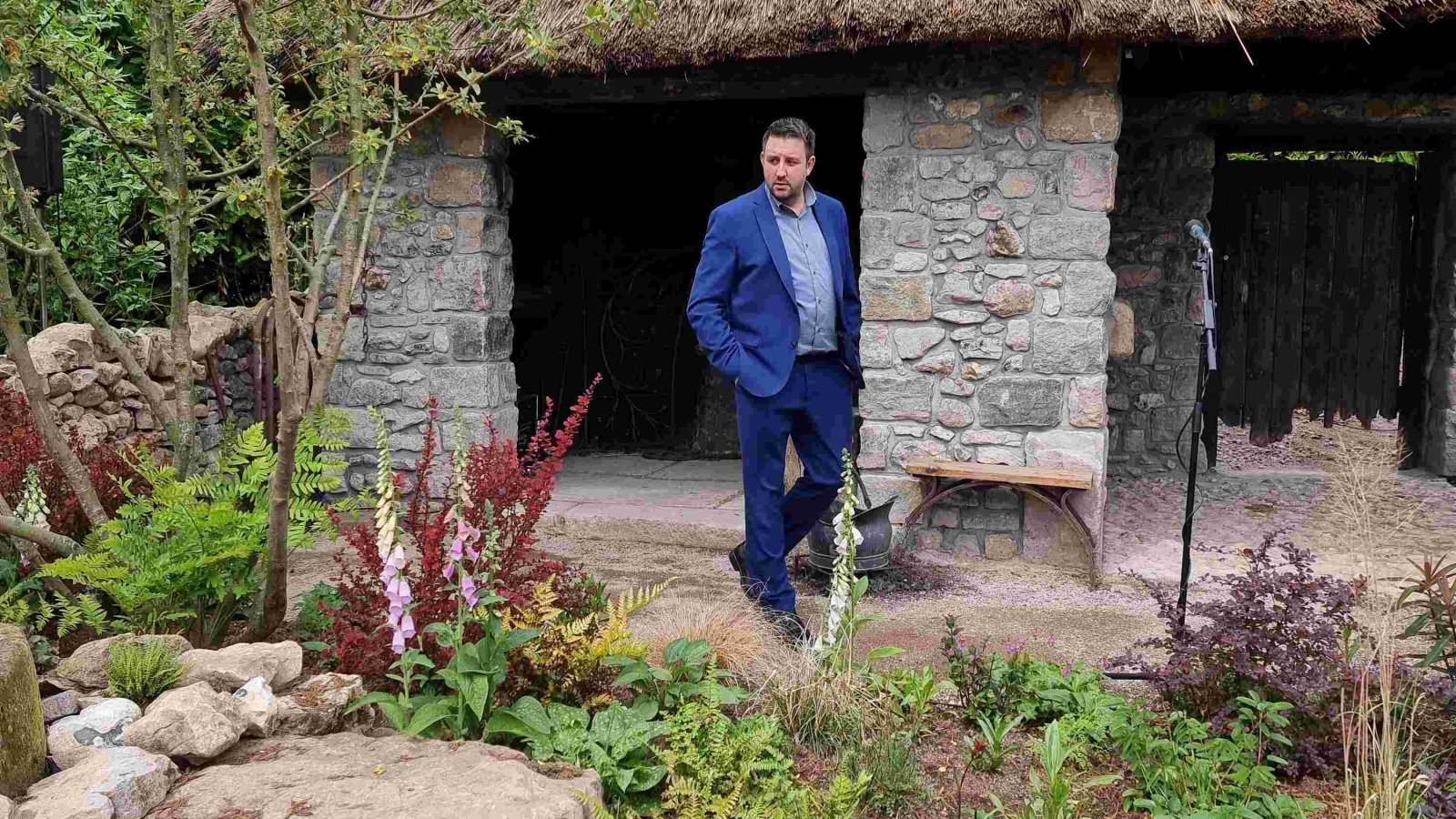 Recently added to the show gardens was the RHS Award-Winning, Forge Garden. Inspiration for this garden came from the National Trust's Branscombe Forge in Devon.  Pictured is Branscombe’s resident blacksmith Simon Hall, who made items for the garden. 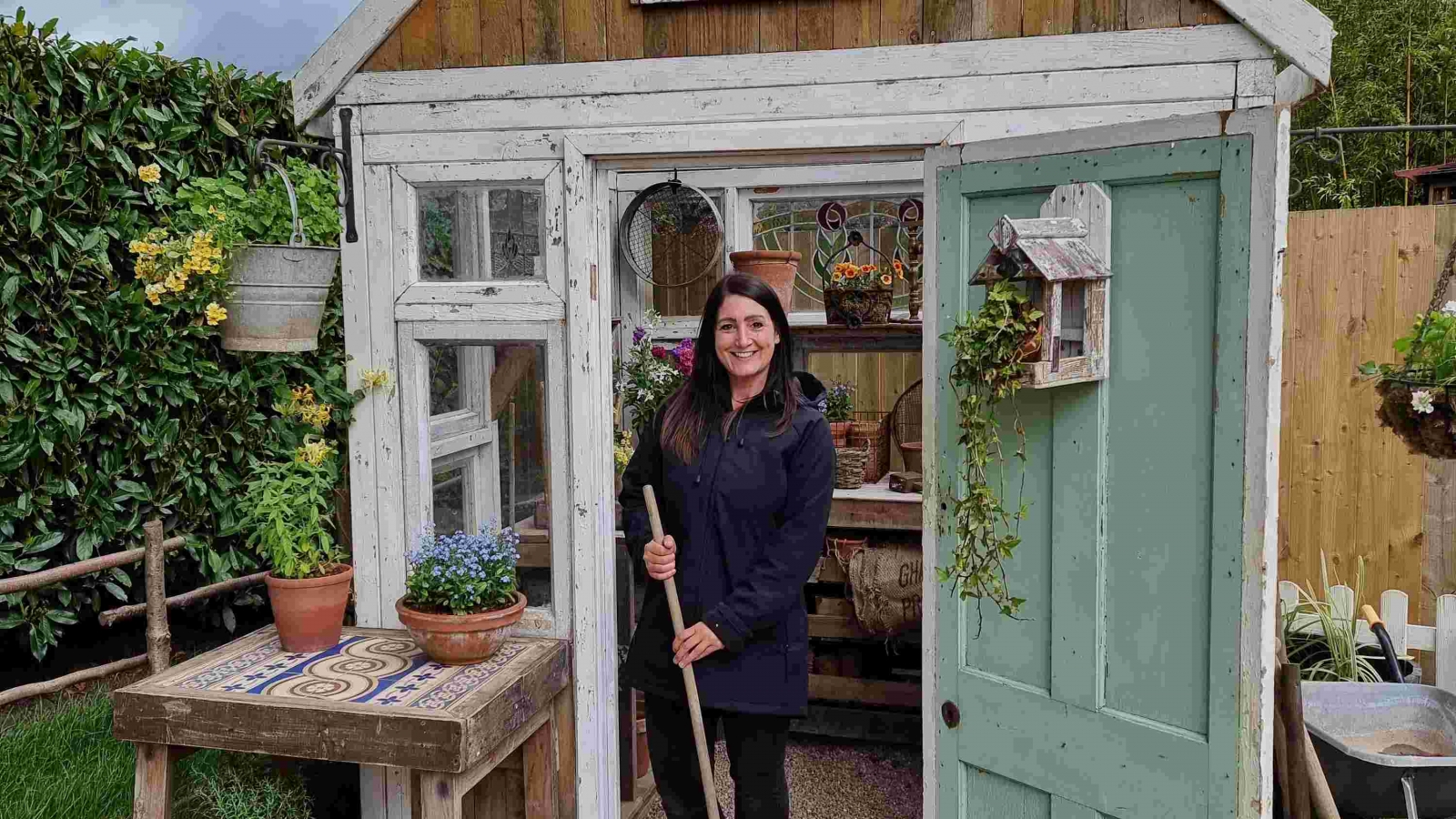 Another recently added garden was RHS Award-Winning 'Down Memory Lane' Show Garden, which was created by our very own, Anna King.  Pictured: Lead Designer, Anna King, whose father is living with dementia, which gave her the inspiration for the garden. 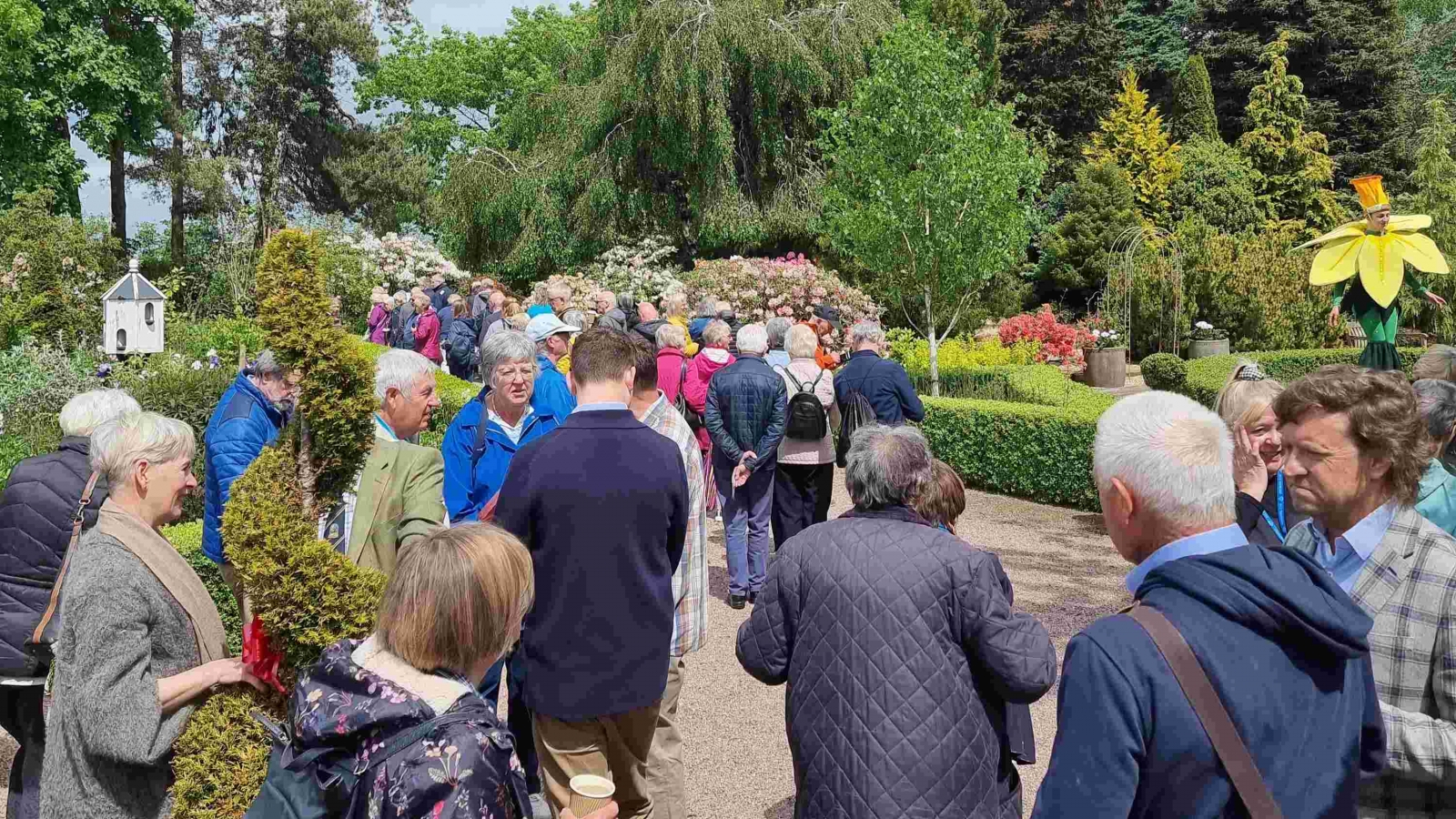 And despite the grey clouds, the rain held off and the crowds came in their hundreds to visit the new show gardens.