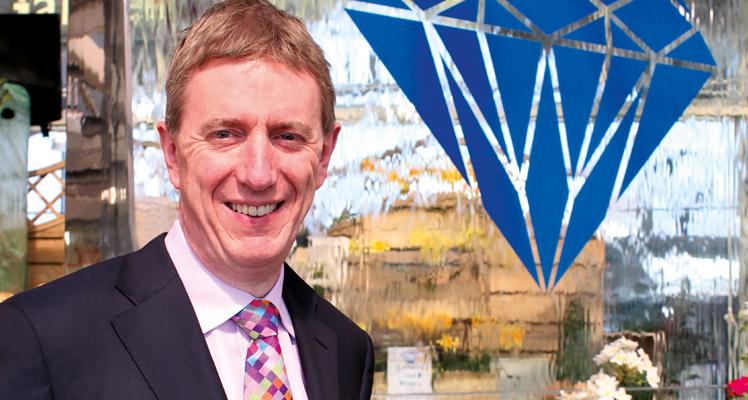 Blue Diamond Group has appointed experienced specialist retailer Simon Burke as a Non-Executive Chairman on 10th June 2015 as Geoff Dorey, grandson of Percy Dorey who founded the Company in 1904, stepped down after 25 years in the role.

‘Simon is the first director in the Group’s 111 years of existence not to be a Guernsey resident, but with the majority of our business increasingly on the mainland, it is an essential step for our future,’ says Geoff Dorey, who has worked for the Company for nearly fifty years.

‘This will also be the first time that neither of the positions of Chairman or Managing Director have been occupied by a Dorey, however the Board have paid me the honour of creating the position of Life President which I greatly appreciate and take as recognition of the role that my grandfather, father and other family members have played in the success of the Company.’

Simon, a fully qualified chartered accountant, has managed some of the most notable retail names in the UK.

For over 10 years Simon held the position of Chief Executive for Virgin Retail and Virgin Entertainment Group and in 1999 moved on to spend just over 4 years asChairman of Hamley’s Group Plc.

Mr Burke has also been Chairman for well-known companies such as Hobbycraft, Majestic Wine, Bathstore.com and Irish supermarket chain, Superquinn.

In addition to joining the Blue Diamond Group, Mr Burke currently holds the position of Non-Executive Director for the BBC, the Co-Operative and the Light Cinema Company.

To find out more about the history of Blue Diamond and it’s founding members click here.