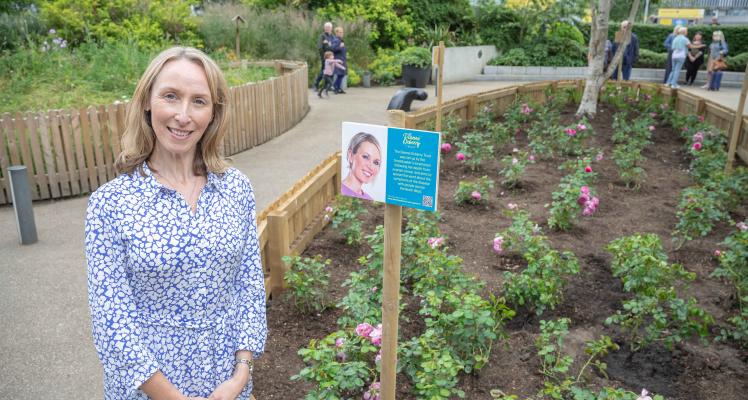 A special garden in memory of Dianne Oxberry has been opened to help raise awareness of the symptoms of ovarian cancer.

It has been created in memory of Dianne, with the aim of raising awareness of the disease which she died from three years ago.

The Dianne Oxberry Rose Garden which has been opened at MediaCity by Dianne’s husband Ian and her friend and fellow broadcaster Sally Nugent, includes special messages to help visitors to Salford Quays understand the symptoms of ovarian cancer.

Family, friends, TV and radio stars and other supporters of our charity gathered together for a special ceremony, to declare the garden officially open.

Ian Hindle, Dianne’s husband, explained: “This year, on World Ovarian Cancer Day, which was also the third anniversary of us setting up the Dianne Oxberry Trust charity in her name, we launched a year-long campaign aimed at raising awareness of the potential signs to look out for when it comes to ovarian cancer. 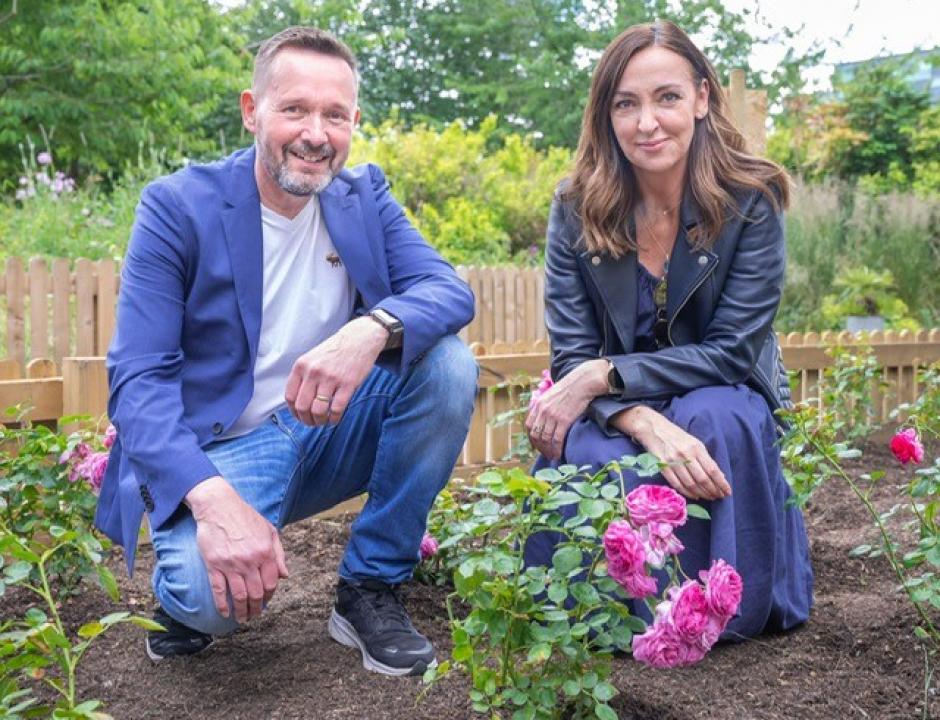 “We are really excited to be opening this special garden at MediaCity, not only as a beautiful space for people to reflect and remember both Dianne and others whose lives have been affected by this disease, but also a place where we can continue to spread the word about its symptoms.

“Speed of diagnosis is key when it comes to better outcomes for ovarian cancer, and we want people to know what to look out for so they can hopefully see their GP as soon as possible.  Many of the symptoms will probably be caused by something else, but it’s vital that people have the confidence and knowledge to ask the right questions and get checked out.  By seeking advice early, then maybe other families in the North West will have more time together than we did with Dianne.”

Dianne’s friend and fellow broadcaster, Sally Nugent, said: "It's a real honour to help open the Dianne Oxberry Rose Garden. Dianne was taken from us all far too soon. I hope today we can remind women to pay attention to the signs of ovarian cancer that can be all too easy to miss.

The flowers in the garden are all special ‘Florida Sunset’ roses, launched in memory of Dianne at the RHS Tatton Park Flower Show in 2019 – the year she died.  Exclusive to the Blue Diamond Group, who own their exclusive brand of Fryer’s Roses, Florida Sunset rose was named by Dianne’s husband Ian, after a special island on the Gulf coast of Florida that Dianne fell in love with. 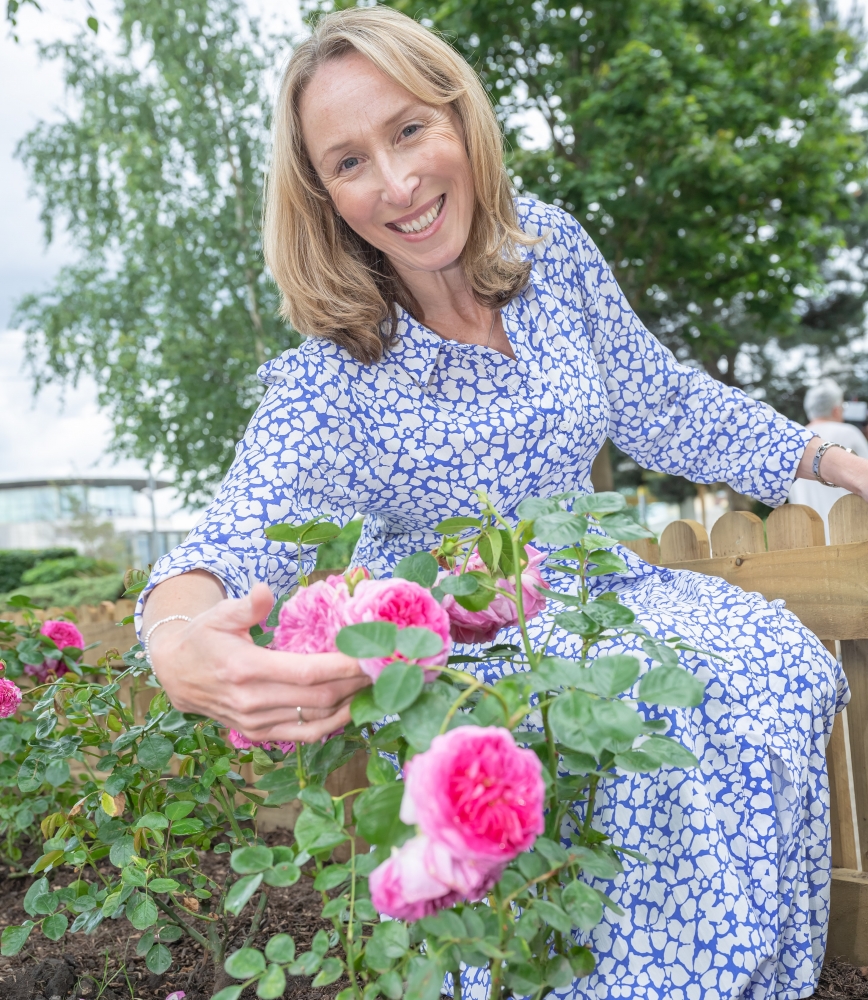 The rose is a beautiful hybrid tea rose, rosy-pink in colour which darkens to a deep, sunset pink near to the centre, with dainty ruffle-shaped petals.  The small garden on the MediaCity campus, which has been developed with the support of Peel Media, Blue Diamond Garden Centres and their own Bridgemere Nursery that grow Fryer’s Roses, and Wright Landscapes Limited, comprises 75 of the exclusive roses.

The garden signage includes information on the signs and symptoms of ovarian cancer, as well as a QR code which contains all of the details of what to look out for, and how to share with others across the North West.

Stephen Wild, Managing Director of MediaCity added: “Dianne was a popular and much loved member of the MediaCity community and we’re delighted, with the support of our landscape gardening team, that we’ve been able to cultivate an area within our wider gardens which will help spread these important messages to the people who live, work and visit MediaCity.

“Many thousands of people will be enjoying our public space throughout the summer so it couldn’t be a better time to launch the campaign.”

The Dianne Oxberry Rose Garden is open in MediaCity now.

Find out how to buy your own Florida Sunset Rose – with £1 from every purchase going to our charity to help us continue to raise awareness of the signs and symptoms of ovarian cancer.