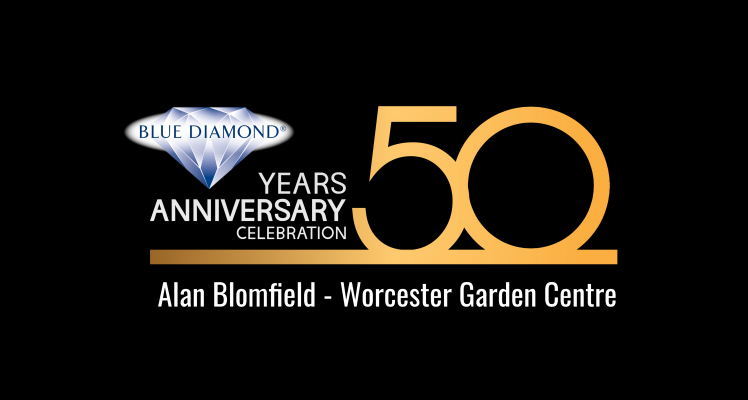 Congratulations to Alan Blomfield from Worcester Garden Centre who is celebrating his 50 year work anniversary, this weekend, Sunday 1st August 2021.

The Blue Diamond Group would like to extend our warm thanks and praise for such dedication and commitment to the garden centre over the years.

Alan started in Summer 1971 at the age of 16, as a nursery worker on the site then known as Palmers Nurseries run by Diana (Di) Palmer. The 18.5-acre site was started in the 1920s by her father Bill Palmer. When Alan started plants were mainly sold bare root or root balled during autumn and in spring, via auctions around the country but slowly sales became more garden centre based with container growing increasing and auction sales decreasing as the number of garden centres grew around the country.

Alan spent most of his time in the field lifting and planting conifers, trees & shrubs and driving the tractor and trailer during the autumn through to spring and hoeing during the summer. Any lorry loads of peat or compost all had to be unloaded by hand and Alan was always one of the main people involved.
Whilst the garden centre shop was only one small building in size, there was great excitement when it was doubled in size in 1980 and opened on 11th October 1980 by the BBC TV Gardener Arthur Billett, who owned Clack's Farm near the centre.

In those days the BBC regularly filmed at Clack's Farm and we often had visits from not only Arthur Billett but also Clay Jones, Geoffrey Smith and Howard Drury.

On Di Palmers retirement in June 1993, the centre was sold to Frank & Mike Thompstone, two brothers who were not only farmers but also owned a large garden centre, Byrkley Park, near Burton- on-Trent. They appointed Neil Gow as the new Manager and then re-developed the site with a one million-pound extension which was opened in 1994 by Geoff Hamilton. No further growing was done on the nursery and the stock was sold off to make room for overspill car parks as well as the new extension. Alan's job then changed to being a delivery driver and grounds maintenance person, as well as being trained to drive a Forklift, obtaining his licence in November 1994.

After a while, the Thompstone Brothers expanded again buying a third garden centre, Whitacre at Coleshill, and Neil Gow was promoted to Operations Manager 1997, and his long time friend, Bob Tannahill, became our new garden centre manager.

In 2006, the centre was sold to the Blooms chain with Bob still as the manager, and then the following year after 18 months, Blooms was bought out by Wyevale Garden Centres. Alan's job became more and more delivery based and he slowly took on more duties in the retail area proving to be quite good at display and very good at interacting with the customers.

Bob became ill and was replaced by Alex Alfred who was then replaced by Andy Morton. During Wyevale's leadership by Nicholas Marshall, Alan and his wife Elaine were invited to the long service awards party at Syon Park in September 2009.  He is sat next to our then Area Manager, Mel Evans.

From 2014 to 2019 Alan worked alongside 4 managers in the Wyevale Terra Firma years.

Alan worked throughout the first coronavirus lockdown, delivering to customers, and continues to be the heart and soul of the team at Worcester. 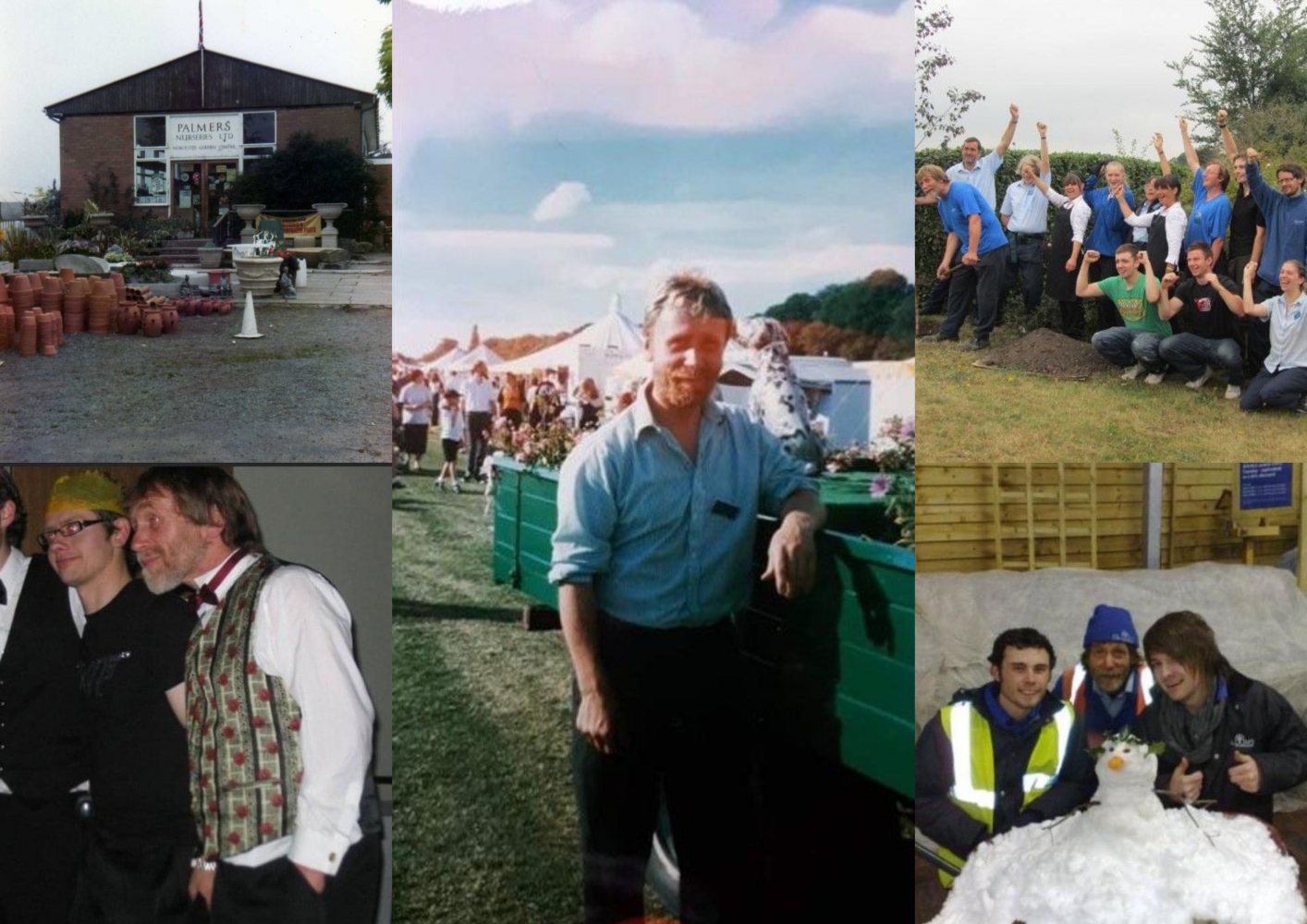