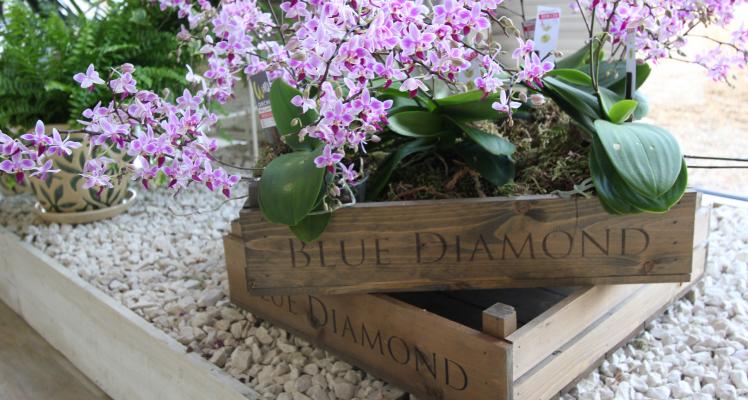 Blue Diamond, based in Guernsey and the third-largest garden centre operator in the UK, has just announced record profits before tax of £6.6m for the year ending 31 December 2015, an increase of £2.1m or 47% on 2014. Excluding exceptional one-off items, the underlying profit before tax would have been £6.9m.

The Group enjoyed a positive year on all key measures, including strong like-for-like sales growth of 5%, a 1% increase in gross margin and debt levels that fell during the year in spite of making a significant acquisition. Shareholders were rewarded with a 33% increase in the dividend, earnings per share growth of 51% and a share price that rose by 62% over the course of 2015.

Managing Director Alan Roper commented, "Whichever measure you use, 2015 delivered for us, which is all down to the hard work and commitment of our retail teams. I am particularly pleased that the growth in profit before tax of 47% came on the back of a 34% increase the previous year."

2015 was the second successive favourable year for gardening sales and Blue Diamond enjoyed good profit growth in all the key categories of Gardening, Plants, Home, Clothing and Restaurants. Meanwhile, UK like-for-like sales grew strongly by 6%, whilst the Channel Islands increased by a more subdued 1%.

The Group successfully integrated Trelawney and Newbridge Garden Centres, which were acquired in November 2014 and January 2015 respectively. Festival and Trentham Garden Centres were redeveloped in late 2015 and early 2016 following the successful launch of Redfields Garden Centre in 2014. The response from customers so far has been excellent.

Blue Diamond continues to focus on detail and differentiation in the core areas of product and store environment, which will enable it to maintain its place at the forefront of the garden centre sector and confront the twin challenges presented by the low-growth economy and the greater intensity of competition.

2016 has started well for the Group and after a slower than expected start to the year owing to the cold weather, it is performing ahead of the industry and trade is strengthening thanks to the brighter weather.