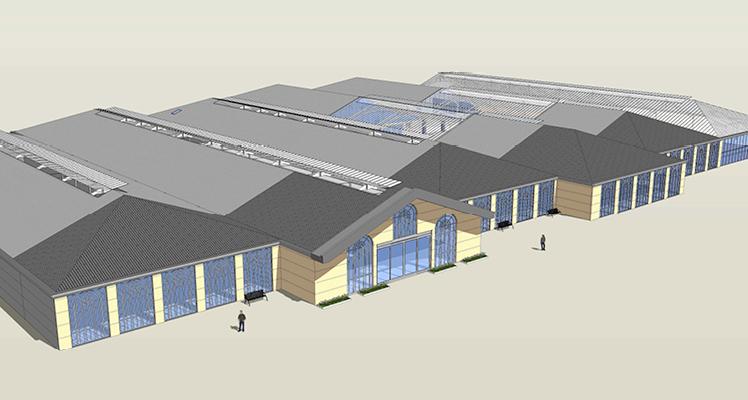 Blue Diamond Ltd, the UK’s third-largest garden centre group, which is managed and controlled in Guernsey and owns Le Friquet Garden Centre has reported strong profits for 2016. It has also announced the acquisition of its 20th garden centre at East Bridgford, near Nottingham.
Following record profits of £6.6m in 2015, Blue Diamond managed to increase profits again in 2016 by 28% when they reached £8.5m. Even excluding the profit on the sale of its holding in David Dumosch Ltd, the Jersey-based agricultural merchant, profits rose by 26% to £8.3m.
Turnover from its network of 19 garden centres and restaurants in the UK and Channel Islands increased by 10% in total and 8% on a like for like basis, excluding the acquisitions of Harlow Garden Centre in Essex and Coton Orchard Garden Centre in Cambridge. UK turnover increased by 12% in total and 8% like for like, whilst CI turnover grew by 5%.
Earnings per share increased by 27% to £1.14 and the full year dividend rose to 26.5 per share, an increase of 10% as the Company invests in future growth. The share price has increased from £4 to £9.50 over the last three years.
The acquisitions of Harlow and Coton Orchard meant the Group’s portfolio increased from 17 to 19 sites during the year, from Manchester in the North to Jersey in the South and Padstow in the West to Spalding in the East.
These acquisitions also illustrate the Group’s strategy, which is to double turnover to £180m by 2022 through a combination of optimising sales at existing sites through core commercial and retail disciplines, refurbishments and expansion, and the acquisition of existing garden centres or the construction of new garden centres on greenfield sites in the UK.
The Group has four developments of its existing centres at varying stages of progress, including Harlow, which is going through the planning process and should deliver a garden centre capable of producing £10m turnover per annum. The refurbishment of existing centres continues in 2017 with St. Peters, Coton Orchard and Grosvenor, which follow on from the successful investments in Trentham and Derby in 2016.
The Group is constantly looking to acquire existing garden centres that match its strict investment criteria, but given the scarcity of suitable opportunities on the market, Managing Director Alan Roper has been seeking greenfield sites in suitable locations to build new garden centres.
Bridgford Garden Centre is an example of this and the 140,000 square foot centre will open in March 2018 following a £4.5m fit-out that starts in November 2017. Blue Diamond has taken out a 35 year lease on the site, which also has the potential to produce a turnover of £10m per annum and will employ 150 people. Bridgford is in a great location, with excellent AB demographics and transport links. The Group has a further three new build sites in the pipeline.
It was against this background of significant opportunities to grow the business that the Company undertook a rights issue in late 2016/2017, which raised £3.7m and will enable the Group to finance its development programme and to take advantage of any acquisitions that come on to the market. Shares were offered first to existing shareholders and then to new investors, with thirty-six new shareholders joining the register. The Company continues to look for new investors in the Channel Islands.
Trade in 2017 has started off promisingly but it is still too early to make predictions until the key gardening months of May and June are over. The Company has not yet seen any major impact on customer spending from the Brexit uncertainty or the resumption of retail price inflation, although it remains vigilant. There has been a minor impact resulting from the depreciation of sterling that has caused cost pressures particularly in Outdoor Furniture, but the Company is managing that carefully.
Alan Roper comments, “I believe that Blue Diamond’s consistent growth has come because we are successful in exploiting the opportunities of an increasingly broader non-gardening offer that the modern garden centre now conveys, whilst continuing to remain credible and authoritative in our core gardening offer. This is in contrast to the concession-led and relatively undifferentiated offer that is prevalent in most of the sector. Recent upheavals elsewhere in the industry are testament to the challenges of keeping pace with a changing market.”
Please visit www.bluediamond.gg/investor-relations or call Richard Hemans, Group Finance Director, on 01481 210285 for more information.