Seeing bluebells scattered along a grassy verge or carpeting a woodland floor has to be the highlight of any spring walk. These delicate blooms can be found across Western Europe, but about half the world’s population is right here in the UK.

Bluebells come out in the spring, this means that they are able to make the most of the available light before the leaves appear on the trees and start to cast too much shade.  Bluebells are also an important source of pollen and nectar for butterflies, bees and hoverflies at the start of the season. 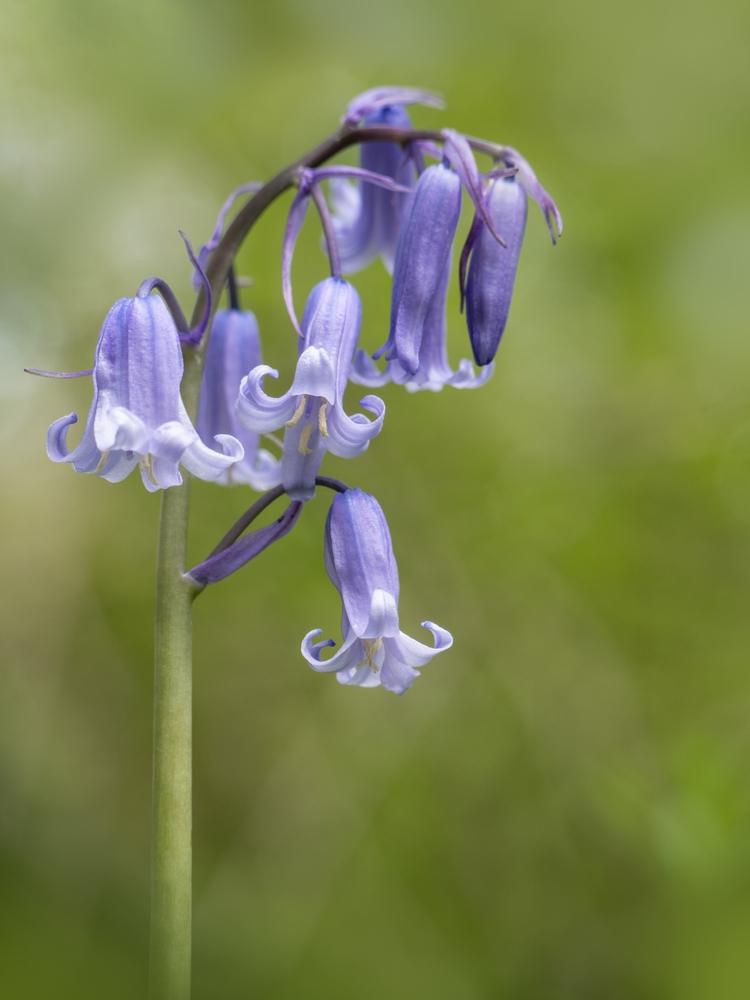 Origins of the bluebell

Hyacinthoides non-scripta (formerly Endymion non-scriptus or Scilla non-scripta) is a bulbous perennial plant, found in Atlantic areas from north-western Spain to the British Isles, and also frequently used as a garden plant. It is known in English as the common bluebell or simply bluebell, a name which is used in Scotland to refer to the harebell, Campanula rotundifolia.

Hyacinthoides non-scripta was first described by Carl Linnaeus in his seminal 1753 work Species Plantarum, as a species in the genus Hyacinthus. The specific epithet non-scriptus means "unlettered" or "unmarked" and was intended to distinguish this plant from the classical hyacinth of Greek mythology. This mythical flower, which was almost certainly not the modern hyacinth, sprang up from the blood of the dying prince Hyacinthus. His lover, the god Apollo, shed tears that marked the new flower's petals with the letters "AIAI" ("alas") as a sign of his grief.

In 1803, Johann Centurius von Hoffmannsegg and Johann Heinrich Friedrich Link transferred the species to the genus Scilla, and in 1849 Christian August Friedrich Garcke transferred it to the genus Endymion (now a synonym of Hyacinthoides); it is still widely known as "Scilla non-scripta" or "Endymion non-scriptus".

In 1934, Pierre Chouard transferred the species to its current placement in the genus Hyacinthoides. Scilla was the original Greek name for the sea squill, Drimia maritima; Endymion is a character from Greek mythology; Hyacinthoides means "like a hyacinth".

Are they British or Spanish?

There are a number of key identification features to look out for when trying to identify bluebells: colour of the petals and of the pollen, shape of the inflorescence (the flowers and top of the stem), and of the flowers, and presence or absence of scent. - A detail of the rare white bluebell at Derrymore House, Northern Ireland

Bluebells at Ashridge in Hertfordshire are famous.  Every year the woodland floor is transformed by a sea of these beautiful blue flowers, which captivate the imagination of thousands, whether its your first time visiting or you’ve been many times before.

Spring is a brilliant time of year for walking at Kedleston. The bluebells are now in full bloom. There's nothing quite like a blanket of bluebells bringing the forest floor to life.

Bonham Wood on the Stourhead estate is transformed with swathes of bluebells in May, complemented by views across the lake from behind the temple of Apollo.

Since Summer 2022 the joint collaboration between National Trust and Blue Diamond has been to achieve the goal of conserving their plant collection, more notably bluebells. Blue Diamond will work with UK growers to procure and protect varieties ensuring commercial volumes of bulbs are grown for the enjoyment of everyone, for ever.

Included in these bulbs are unique varieties which will be launched across all Blue Diamond Garden Centres.

A selection of varieties currently found in National Trust gardens, and available to purchase instore now: 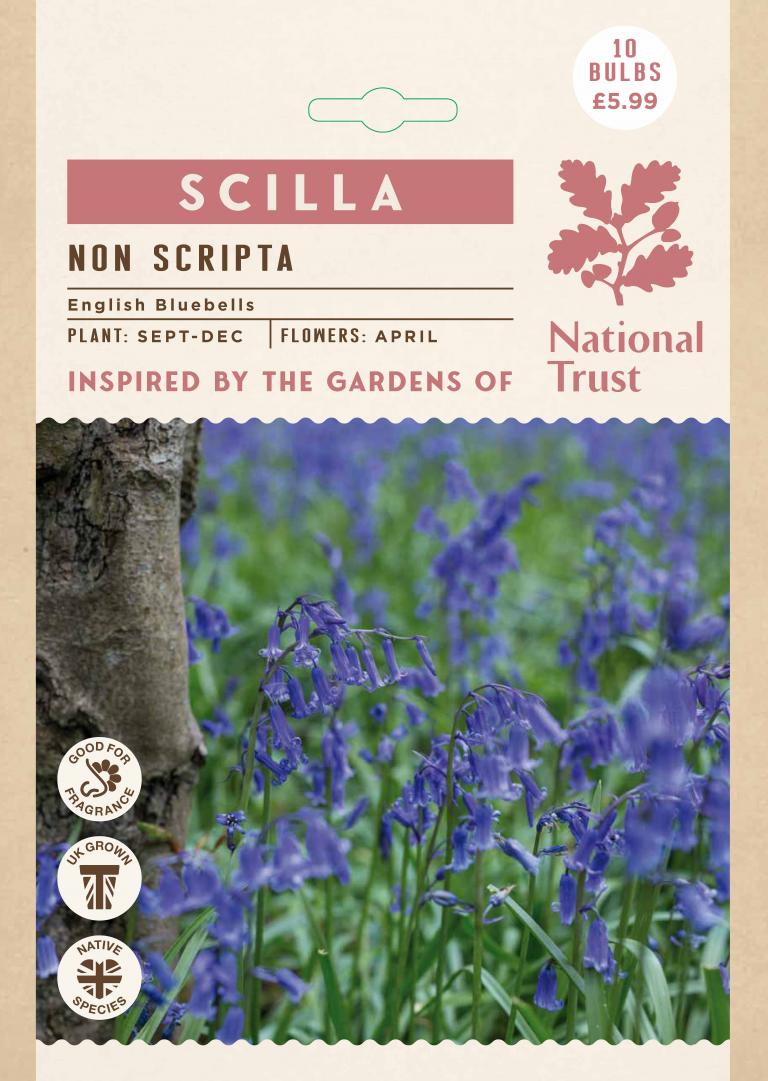 Enchanting and iconic the English Bluebells is a favourite of late spring, the violet glow of a carpet of Bluebells is sight to behold!

Ideal for partial shade under the canopy of trees or shrubs- Bluebells are vigorous quickly forming clumps- remove deadhead to prevent Bluebells from becoming invasive.

Effortless and easy to grow.

Native to the UK Yes

Genus Hyacinthoides are bulbous perennials with linear to strap-shaped leaves and bell-shaped or star-shaped blue, violet or white flowers in spring

Seeing bluebells scattered along a grassy verge or carpeting a woodland floor has to be a highlight of any spring walk. These delicate blooms can be found across Western Europe, but about half of the world’s population is right here in the UK.